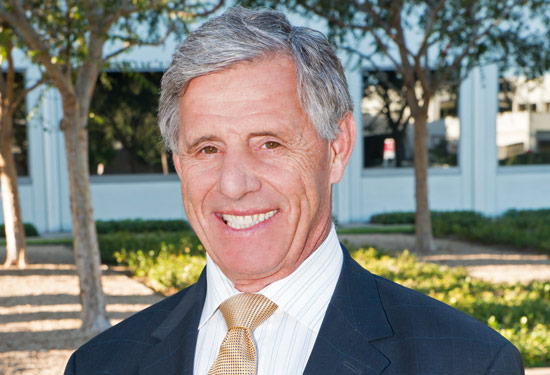 After passing the Bar exam in 1980, Mr. Johnson worked as in-house counsel for an automotive petrochemical products manufacturing company where he oversaw claims involving insurance, automotive products liability, employment, contract disputes and claims concerning toxic substances, environmental regulation, intellectual property, and commercial law. There, he was responsible for negotiating contracts with the major automotive manufacturers, the Teamsters Union, large oil and chemical corporations, construction companies, and national and international wholesalers and retailers and complying with the regulatory bodies of state and federal agencies.  He also oversaw all of the company’s litigation. 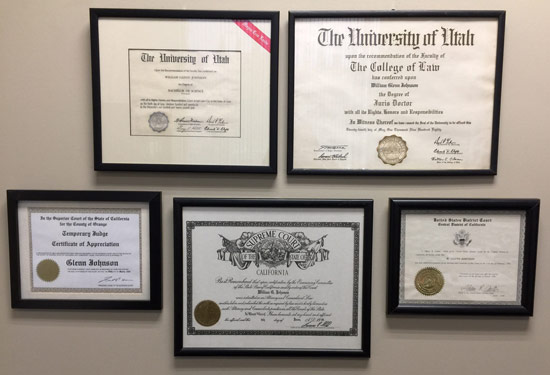 In 1987, Mr. Johnson was hired as a trial lawyer for Spray Gould & Bowers, one of California’s oldest and most prominent insurance defense firms.  Within five years, Mr. Johnson became a Partner, representing many of the major insurance companies.  After 23 years of representing insurance companies and their insureds, he left SG&B in 2010 to start his own firm representing clients with claims against insurance companies.  All of these experiences contribute to Mr. Johnson’s success as an aggressive litigator throughout California and as a proven mediator and arbitrator on the approved panels for the Los Angeles and Orange County Superior Courts. Mr. Johnson’s extensive jury trial and arbitration experience throughout California have given him the opportunity to refine his advocacy skills in the court room and at the negotiating table.  He has successfully tried to a jury verdict, arbitrated, or settled claims involving personal injury and insurance valued at well over $100 million.

He was member of Southern California Fraud Investigators, Southern California Defense Association and the Consumer Attorneys of California.  He is currently a member of California State Bar, OCBA,OCTLA and the Association of Surfing Lawyers. Aiding in the community, Mr. Johnson has offered his time pro bono for Head Start and as Counsel for Court Appointed Trustees against and corrupt and abusive Conservators. He is a father (and now grandfather) who coached and refereed soccer for AYSO and roller hockey for the Boys Club and volunteered as a student mentor at Newport Harbor High School for over 10 years. He has also served as Judge Pro Temp for the Orange County Superior Court and was certified as a Temporary Judge and Settlement Officer. He was also on the Arbitration panels for the Los Angeles County Superior Court and Orange County Superior Court. He is currently an Arbitrator for the Orange County Bar Association.  Mr. Johnson is admitted to practice in all California State Courts as well as the United States District Court for the Central District.